How to Keep a “Fundraising Well” Full & NOT running it dry 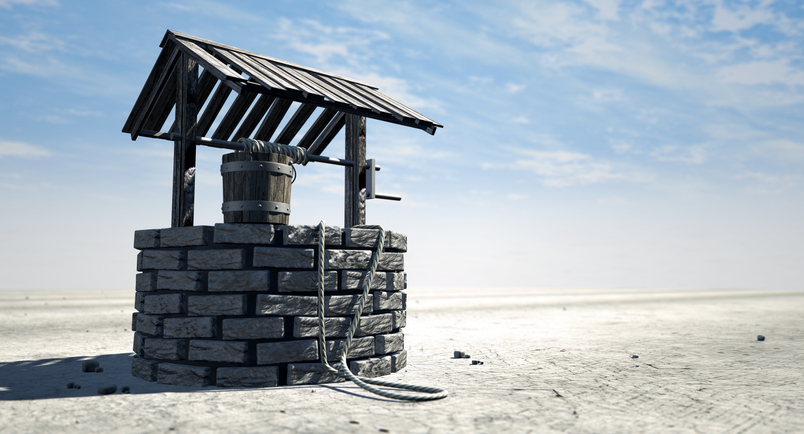 Charity organizations sometimes refer to their potential donor pool as a “Fundraising Well.” Their annual fundraising is usually referred to as the water.

How full is your Fundraising Well?

Is it higher than normal?

Has it been a slower year?

Believe it or not, there are things you can do to keep your Fundraising Well full year after year and even grow!

That might not be surprising. After all, how many articles and books have been written about procuring more while fundraising?

No, the surprising thing is actually that there are things you could do to make your Fundraising Well run dry!

How? Simply by asking for donations in the wrong way at the wrong time.

(Interestingly, the way to procure MORE donations is by doing the opposite asking for donations the right way at the right time).

Rule #1 Don’t ask too many times

Remember: You’re one among the hundreds

The important rule to remember is that your organization is one among hundreds of other fundraisers. Your donors and potential donors know about dozens and dozens of more opportunities to give and support other than you.

Now, that’s not to be too upsetting! (After all, we are glad that other people are championing other good causes!) This is because your donor’s loyalty doesn’t come out of a whim – they stick around because they trust your stewardship and they care about the cause you are fighting for.

What is important to remember is that your organization is not the only people asking your donors and potential donors for support. And getting asked for support constantly can become wearisome.

Asking too many times provokes a kind of urgency and need, that while your cause might have, it can tax your donor. It’s not that they don’t care, it’s that they might care too much and feel the ask as a burden.

They might feel emotionally drained at the concept that there is so much need. If your donors care about your cause, they might be burnt out that your organization is desperate for more support.

Whether or not the continuous asking is emotionally draining, it will be draining to your loyal donor’s wallets!

Tip 1: Don’t do too many Social Media or GoFundMe Campaigns

An excessive amount of these kind of campaigns have the draining-feel affect. It’s $20 more one day for a specific need and then $10 bucks the next day to help another need. It can begin to feel like your organization is nickel and diming them for more and more donations.

Another thing that can happen is a building up of DIStrust through a continuous ask. The donor can start asking, is this charity organized? Do they really count of these campaigns to fund their need? If they are this desperate, aren’t they using their donor’s support well?

How can you tell how many online campaigns are too many?

Tip 2: Look at how fast your Online Campaign raised your target donation amount

A good guide that you’re asking with too many fundraisers is that your target donation is moving very slowly or stalled altogether. This may be a sign that your donors who care are just tired of raising more support 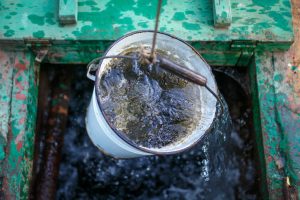 The more you ask, the less you will receive each time.

Now this is a general rule. It’s not like there won’t be a few amazing fundraising asks that will exceed your organization’s expectations (and we are glad for that!).

But on the whole, we have found this to be a general rule of thumb. It seems like many charities hope that they will gain new followers and donors by starting so many fundraising campaigns and asking dozens of times throughout the year. This has not been found to be the most productive way in reaching new donors. Instead, you’ll be making your loyal donors run dry in patience, friends to spread the word to, and donations.

Tip 3: Focus on solidifying old connections and making new ones!

Though fundraising is important, it’s not the only part of a nonprofit’s work. A lot of a nonprofit is simply building connections and strengthening old ones with potential and loyal donors.

Without donors, a nonprofit wouldn’t be an organization.

Focus efforts on making meaningful “touch-points” with the community of loyal donors you do have and reaching out to those who are interested in learning more. That means that informational newsletters, face-to-face meetings with sponsors and faithful donors, calls, and hand written “thank yous” can be just as or even more important to the health of your organization than another small fundraiser.

When you ask is almost just as important as how you ask. It might even be more important than asking itself!

Stats have shown year after year that there is more giving through donations during the last three months of the year than the other nine months combined for most nonprofits.

Ask when you know your donors are in the mindset of spending and giving.

Tip 4: Consolidate one-hundred into one

Instead of doing one-hundred small fundraisers, try focusing your efforts into one (or two) fundraisers. These larger fundraisers have been proven time and time again to procure more fundraising than the average GoFundMe campaign.

When these fundraisers are golf outings, live or silent auctions, and walk-a-thons, there are so many benefits for not only your procurement rate but also for your supporters! It leads me to the final rule…

Rule #4 In-person charity Fundraisers give back to your donors

The supports receive something back from you at fundraisers.

The golf fanatics get to hang out with their friends and hit the links.

And walk-a-thons bring communities together and get people moving and feeling good!

Not to mention the face-to-face contact your guests get with your staff, volunteers, and management!

Fundraisers focused on the benefit of your guests builds up your team. And THAT’S how you keep your Fundraising Well full. Those on a team will never dry out.

We’d love to be a part of your team! We offer consignment auction items at NO-RISK to your organization. If the auction item doesn’t get bid on, you don’t pay a penny for the auction item! We take it back and pay for the shipping and handling! Contact Charity Fundraising today!