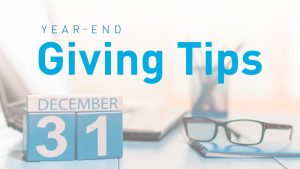 In Part 1 of this series, we outlined how the news for nonprofit charity organizations is not as dire as we might have expected.

Supporters have been proving to stay generous, despite all the financial insecurity this country (and many others) have seen this past year.

In that first, article, we stressed the need in “Telling your organization’s story.”

In this article, we want to focus on how you do that.

What does it look like to engage your supporters in Year End Giving 2020?

Across sectors and markets, giving has been UP

…as long as the nonprofits have been consistent with their fundraising efforts.

These fundraising efforts have moved almost entirely into the digital space…

The challenge this year is moving from in-person events to a digital option.

The biggest donation dip in terms of giving was during March and April of this year. But that was more due to cancellations of events than a massive drop in overall giving rates.

But if that is your organization, keep going!

The transition from big-ticket events to a digital sphere is not easy, but resilience of the human spirit has proven to be strong this year.

Here are a few tactics to employ this Year End Giving cycle to help you make the most of the digital options in front of you!

Start advertising now. – In other words, don’t wait until the last week of Year End Giving to start reaching out and becoming more active with your donors.

The sooner you start making appeals, the better. (You want to get in front of your supporters during the giving season!)

At the same time, while the early bird does catch the worm, it’s never too late either!

Statistics show that Year End Giving happens most during the last two to three days of the year.

This is a fluid time in the world. We need variability and adaptability from ourselves and from others

Don’t be afraid to rethink the wheel on a few things… ask “what has changed?”

How are we talking to people?

How are they feeling?

Now is the time to experiment!

Put your foot on the gas.

Appeal to the captive audience – people want to help.

Yet, there are other causes making other appeals on this digital space, which means there is more things vying for people’s attention on their screens.

Take this opportunity to grow in your digital options – this helps diversify the ways supporters can get involved and interact.

Social media campaigning, volunteering, advocacy, donations are just a few of the ways to begin reaching out.

Most donors want to give in more than one way, so don’t feel like your overburdening your supporters by giving them options!

Donors are much more used to subscriptions (monthly charges). This is especially true of the younger generations: Gen X, Millennials, and Gen Z.

Studies show that younger donors are more likely to choose on their own a monthly subscription on acquisition (first time donation) than giving a one-time donation.

What does this mean? Promote monthly donation!

A Caution: Don’t promote monthly donations and stop there.

Not only is monthly subscriptions seeing high retention rates, but these type of donors are shown to still show up for one-time gifts at times of need too!

Don’t withhold these donors from the one-time donations at the end of the year and disaster relief.

They’ve subscribed to a monthly opportunity to feel good about how they support an organization. They want to help the cause they care about.

Your job is then to also give them more ways to give you support. That includes other donations and how they can feel involved.

Build an SMS program by adding a field on your donation forms to start collecting mobile numbers.

Then, text your donors. You want to make a donation feel less like a transaction and more like a person-to-person interaction.

“Thank you so much for your donation, why were you inspired to donate today? “

The donor will be excited to engage with a person about their good-will and talk about a cause they both care about!

Give TLC to your Donation Form Copy

Donation Form Copy often is neglected. Give it some tender love and care (TLC).

Yet, that’s your primary mechanism for doing the convincing of your donors to open their wallet and type in their credit card number for some amount.

Studies show that copy is twice as important for conversion than imagery or design or other form fields.

Studies are showing that longer copy is working better on mobile options than shorter.

What should the Copy say?

Well, tell your donors what you are doing and what is THEIR impact.

Think about all the ways they can help. Think about authentic conversation that focuses on that supporter.

Ask yourself: “How do I give this donor an opportunity to feel like their supporting us and how?”

Don’t make it about only your need, deliver a payload that explains how the supporter is going to feel.